For many years the section of National Cycle Route 5 between Conwy marina and Penmaenbach headland was routed on the narrow footpath beside the A55 Expressway, which has heavy traffic on it travelling at motorway speed.

Despite its impressive scenery a lot of cyclists found this section of the NCR 5 intimidating and unpleasant. Many avoided using it, though the only alternative was a steep, diversionary ascent of Sychnant Pass.

This dangerous section was finally bypassed in 2012 by a new tarmac cycle path through Conwy Morfa sand dunes and by a cycle/foot bridge over the railway linking the new path with the existing route round Penmaenbach headland.

Public reception of this new route was little short of ecstatic and immediately led to a dramatic increase in cycle traffic along this beautiful section of the coast.

This project was partly funded by the Welsh Government and Conwy County but above all it was initiated by Sustrans using some of its Connect2 funds.

Here are photos of some of the first people to sample the route and of its official opening by the Welsh Minister for Transport, Carl Sargent, in September 2012. 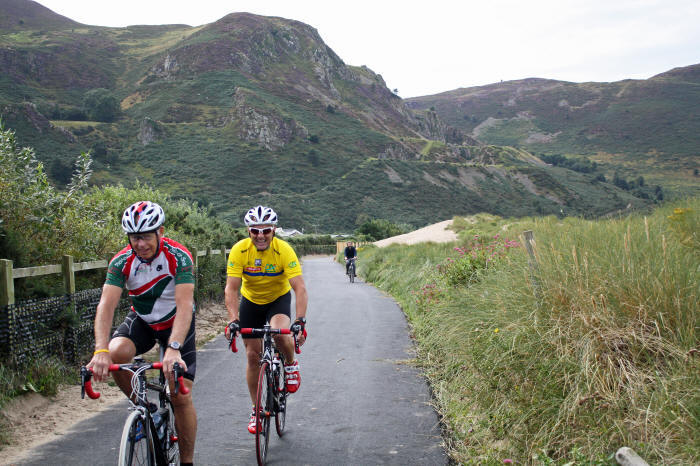 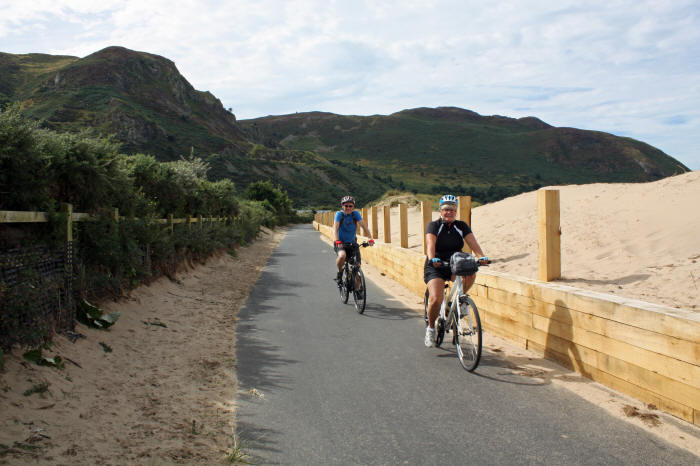 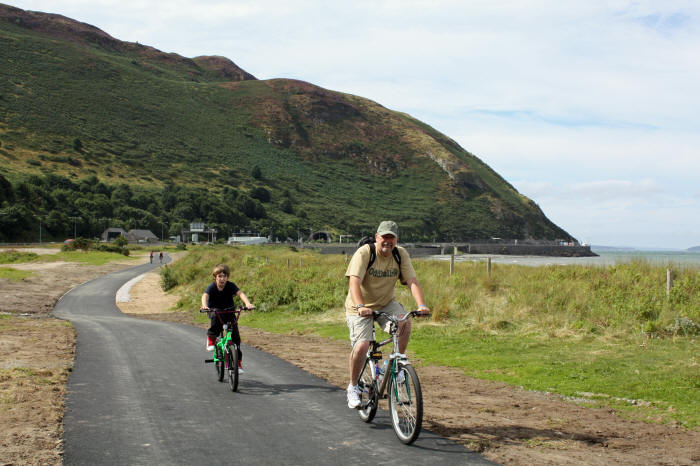 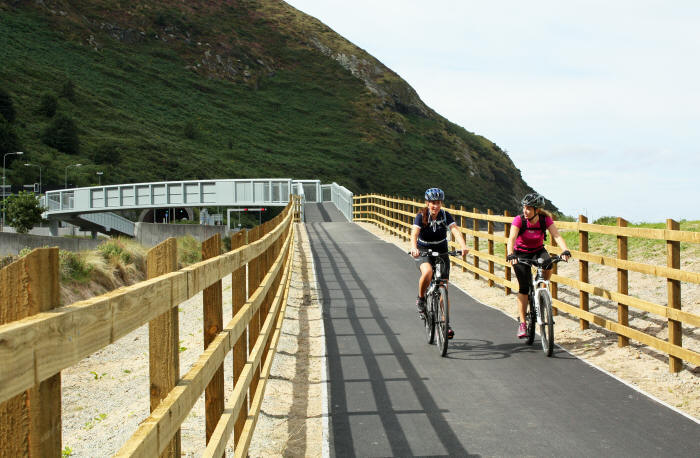 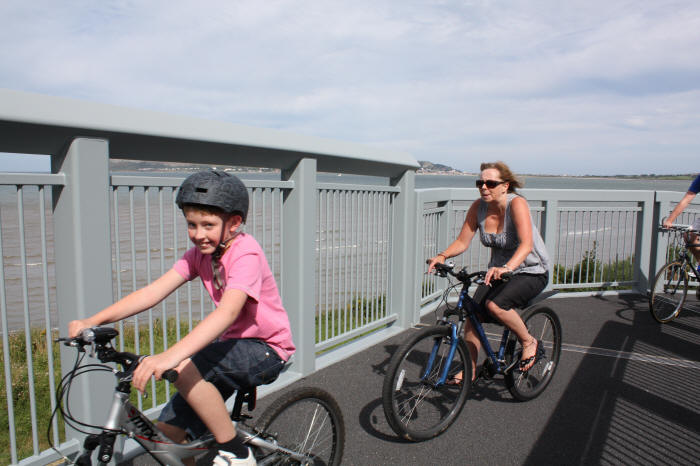