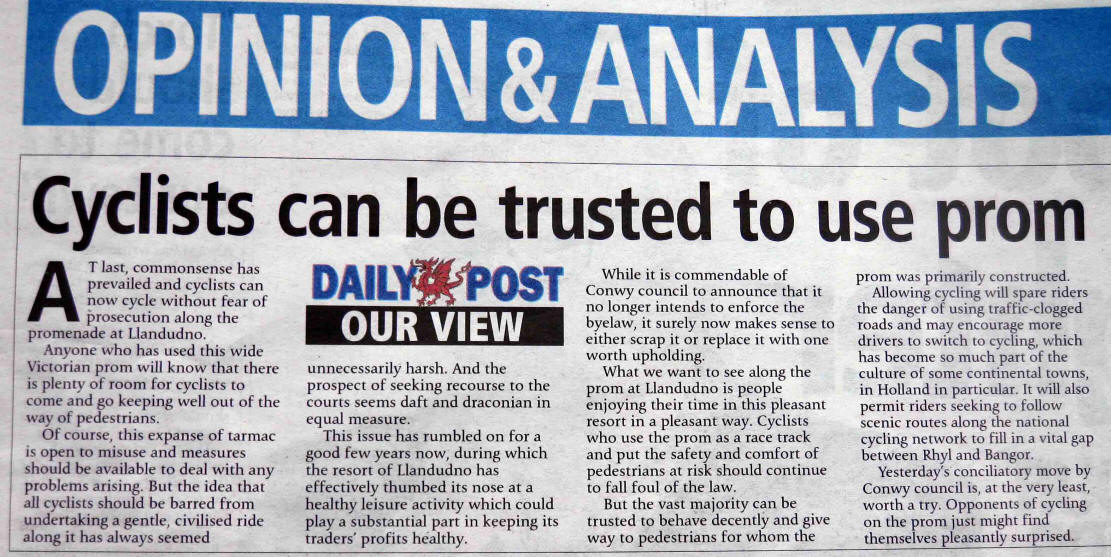 June 2011
In a sudden breakthrough in the five year saga of the so called 'cycling ban' on Llandudno promenade in the County Borough of Conwy, the council has now accepted that it is not in the public interest for cyclists to be forced to use the adjacent hazardous Parade, and cyclists will be allowed to proceed responsibly along the one and a half mile promenade without fear of legal consequences, pending a definitive decision by the council.
CTC has always maintained that the much quoted cycling byelaws are neither clear, nor sustainable, and welcomes this conciliatory move. However there are still those turning a blind eye to the vulnerability of cyclists on the road, exaggerating the threat to pedestrians on the promenade and seeking to have the council's decision reversed. For them we offer above the well-crafted and eminently sensible Daily Post editorial of Wednesday 25th May 2011

In an email response to CTC pressing for a definitive answer to its querying the enforceability of the byelaws, the Head of Legal and Democratic Services wrote:

"...pending a policy decision, there appears to be no merit in bringing prosecutions against people who cycle on the promenade in breach of the byelaw. It seems to me that it is likely to be not in the public interest to pursue prosecutions during this time. That said, were cyclists to injure third parties while cycling on the promenade they do so at their own risk and, I think, risk invalidating any insurance cover they may otherwise have, as they will be acting contrary to the extant byelaw."

Although this issue is still to be resolved and CTC is far from satisfied that the byelaws expressly forbid cycling (they certainly don't conform to the official byelaw guidelines), it felt able to issue this interim statement:

After five years struggle, CTC Cymru welcomes the decision by Conwy CBC not to prosecute cyclists for riding responsibly on Llandudno promenade. It is an immense relief that those cyclists who faced serious injury or worse using the Parade, may now ride in and out of the town in safety.

CTC trusts that all cyclists will give priority to pedestrians. and respect the comfort of all - including other cycle users.

Llandudno can now strive towards becoming a truly sustainable town, with transport by cycle being at its very heart 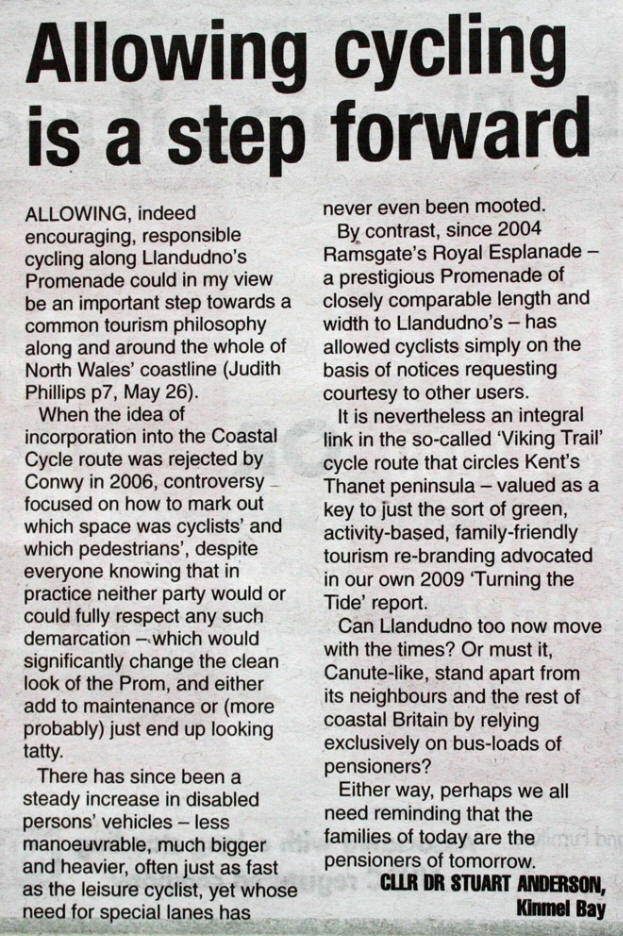 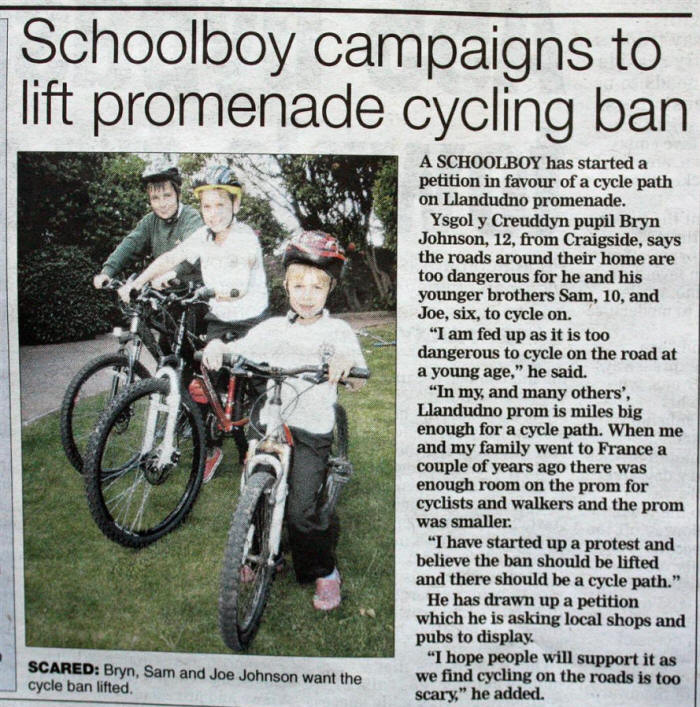